; How To Build Rear Delt - A Set Of The Best Rear Delt Exercises | 24Zdrave.bg 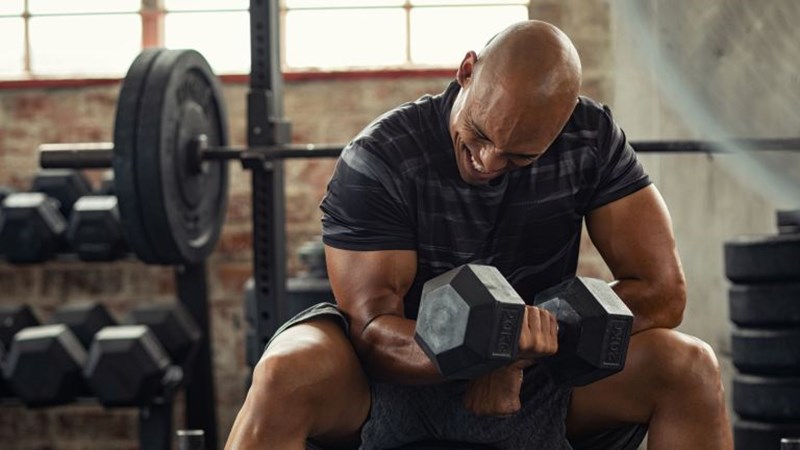 Let's talk about the features of training the rear delt and consider the most effective exercises for pumping these muscles.

Delts are divided into front, middle, and rear. Many athletes have very well developed front delts, this is due to the bench press. The front delts are especially loaded when pressing on an inclined bench. Medium ones are included in the work when the bench press is sitting from behind the head and when the dumbbells are pulled apart, well, and the rear bundles of deltoid muscles are practically not involved. Over time, this leads to a serious imbalance in the development of the shoulders.

For example, I want to give research by scientists on the ratio between the delts of bodybuilders and people who are not involved in bodybuilding. So, the front delta of athletes is five times larger, the average is three times, but the rear delta is only 10-15%. This is due to the incorrect distribution of the load in training. It is the pumping of the rear delts that I want to pay attention to in this article.

There are not so many exercises targeting these muscles. The main and most effective is bent-over dumbbell fly. It is very important that the body is parallel to the floor when performing this exercise. In order to unload the back, you can rest your forehead against any surface, while the back does not need to be held straight, on the contrary, it can be slightly rounded. This will give a large load on the rear delt.

Another effective exercise is cable rear delt fly, but not all gyms have this simulator. You can also use a dual crossover. Standing or sitting in an incline, through the lower block you should take your arms back, while with your left hand you need to take the right handle, and the right hand with the left. But still, the most effective is the cultivation of dumbbells while standing in an incline.

Take the dumbbells and lean forward, slightly bending your knees. You can perform this exercise with your forehead resting on the edge of the bench, this way you will fix the body, which will not allow you to sway during the exercise and increase the load on the deltoid muscles. Want to have awesome ab? Try fitgid.net article about abs every day - here everything to look like CR7! As you exhale, spread your arms to the sides at the same time. As you inhale, lower your hands to their original position.

The dumbbell fly is the most effective exercise in bodybuilding for the posterior deltoid muscle.

This is one of the few exercises in bodybuilding to train the back head of the deltoid muscle.

Take the dumbbells, sit on the edge of the bench, and tilt the body forward. On the exhale, spread your arms to the sides to parallel with the floor (elbows slightly bent). As you inhale, lower the dumbbells to their original position.

Reverse dilutions in the simulator are an isolating exercise for the formation of the posterior bundle of delts; almost all the muscles of the upper back receive an additional load.

Raising the arms to the sides on the block is an exercise aimed at training the muscles of the shoulders.

The technique of the exercise:

On the exhale, spread straight arms back and to the sides.

On inspiration, return to the starting position.

Rear Delt Workout: How Many Sets And Reps

Due to the fact that the rear delt consists of slow fibers, it is better to perform 12-20 repetitions, and the number of sets should be at least 5, if you can do more, then the rear delts will only benefit.